Get Started
What is Service Gateway?

What is Service Gateway?

Routing, URL Mapping, SSL and Load Balancing for ABT Node?

What is ABT Node's Service Gateway?

ABT Node allows you to map your URLs for your ABT Node system and Blocklets redirects (permanent and temporary).

You can add new site and rules for specific IP addresses or domains that you own. Once a new site is added, you can create rules to assign a blocklet or service to your domain, or create custom temporary or permanent redirects.

Each time you install a Blocklet from the marketplace, ABT Node will automatically generate a new subdirectory that includes a system URL to ensure the node and the blocklet can communicate. System URLs also give you useful information about each blocklet including any available interfaces, the subdirectory, the current status of the blocklet and a link manage the blocklet.

Add SSL Certificate files to your ABT Node using your SSL Certificate File and Private Key Files to secure services on your node. Today, ABT Node supports single domain SSLs and Wilcard SSLs to protect a domain (arcblock.io) and all its related subdomains (test.arcblock.io, shop.arcblock.io, etc). ABT Node does not support partial or multi-wild card SSLs. Please confirm with your SSL provider on the best SSL type for your project. Developers can also leverage Letsencrypt self-signed Certificates for localhost. 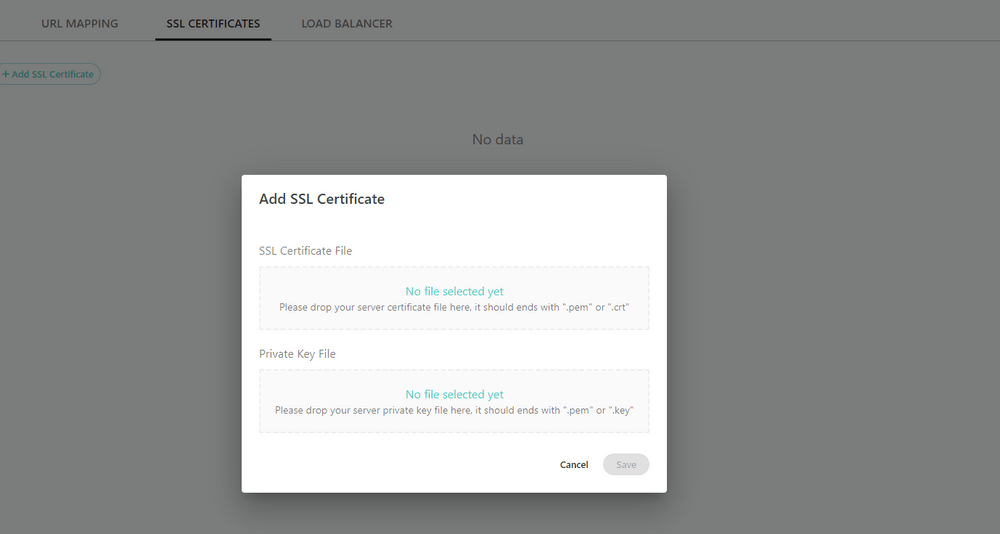 ABT Node includes NGINX by default to give you a high performance routing layer that includes support for path prefixes and domains. ABT Node will support additional application load balancers and elastic load balancers soon.