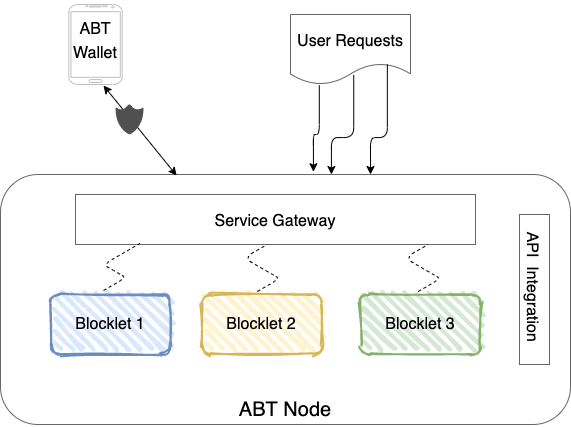 In the following actions, we will go over all the capabilities offered by the Blocklet Server in detail.

The dashboard offers a unified view of the underlying infrastructure available with the Blocklet Server. It lists down different tenets of Blocklet Server, not limited to the following : 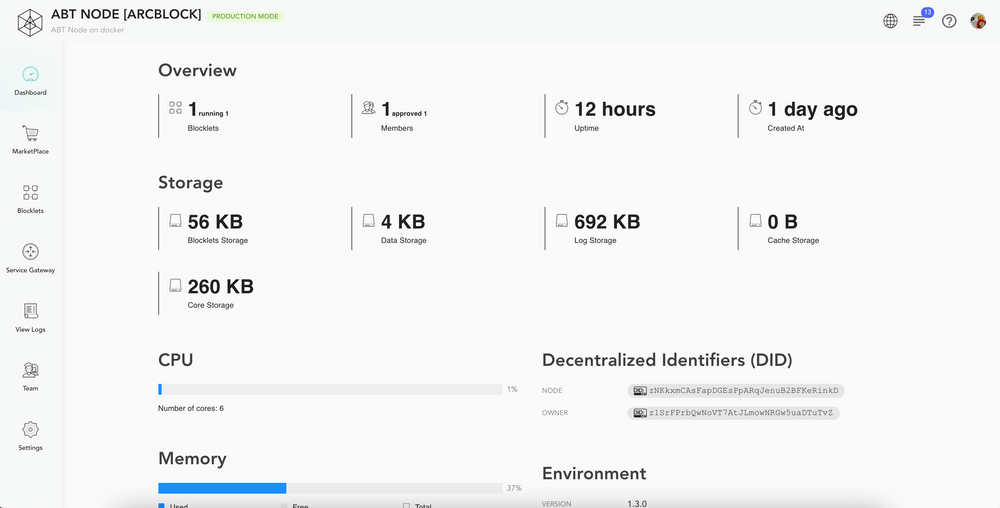 Blocklets are the foundation block for your application. They can deliver various behaviours like DApps, smart contracts, blockchain etc. The Store is a digital catalog of Blocklets from ArcBlock, ecosystem partners, and software vendors that make it easy to find, install, manage and one-click deploy Blocklets on your Blocklet Server.

The Blocklet management section shows all Blocklets installed on your Blocklet Server. You can perform various actions like start, stop, reload and remove individual Blocklets. You can also access review and modify each Blocklet configuration to alter its behaviour at runtime. 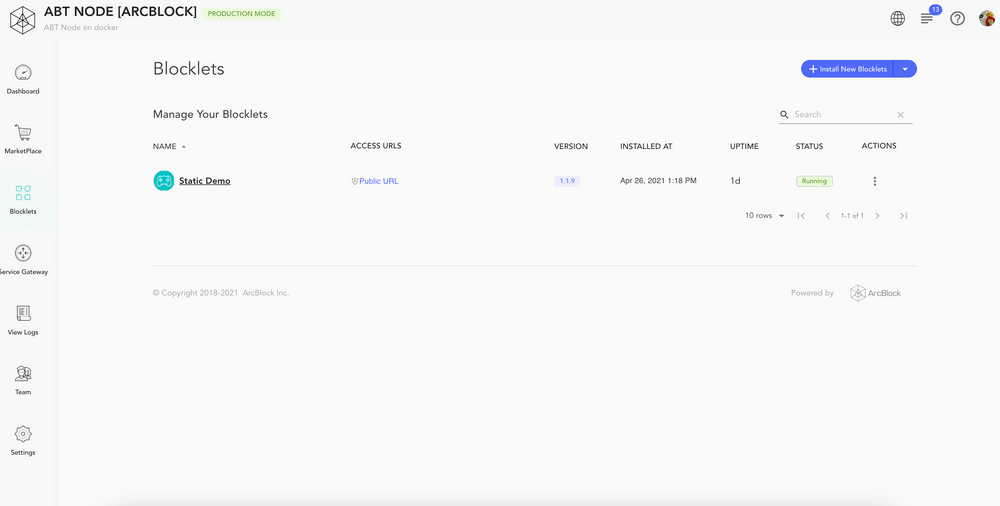 The Service Gateway is responsible for routing requests to the different applications, which can handle them. The section provides actions to upload SSL certificates and define URL Mapping. 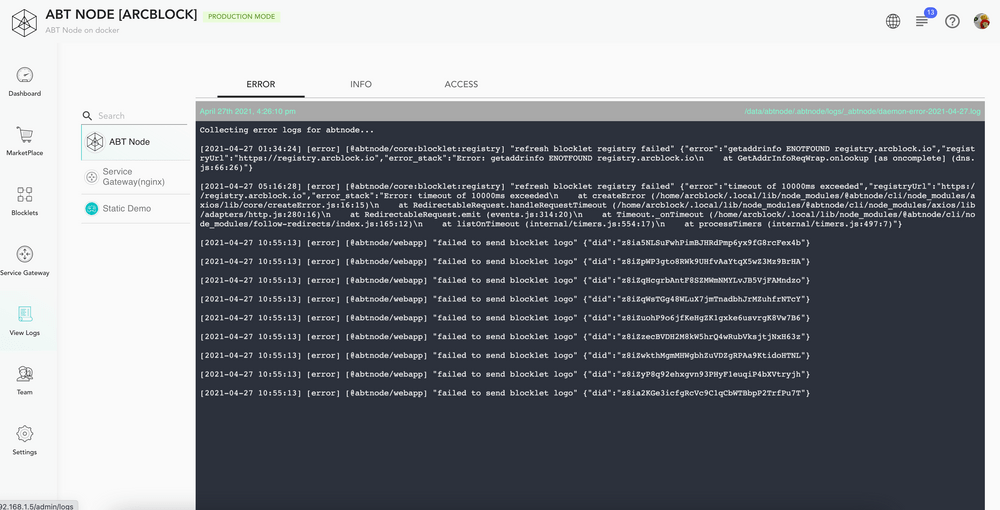 The Teams section allows you to define role-based access control for the users of your platform.