Once ABT Node has started you need to access the node dashboard to work with it. To do so, please make sure you are connected to the network of the deployed ABT Node.

Access to ABT Node is authorized using ABT wallet, ArcBlock’s decentralized identity solution. You can access ABT Wallet in either of the following ways :

Access the ABT Node from your browser; as a first step, you must accept ArcBlock's End-User Agreement. 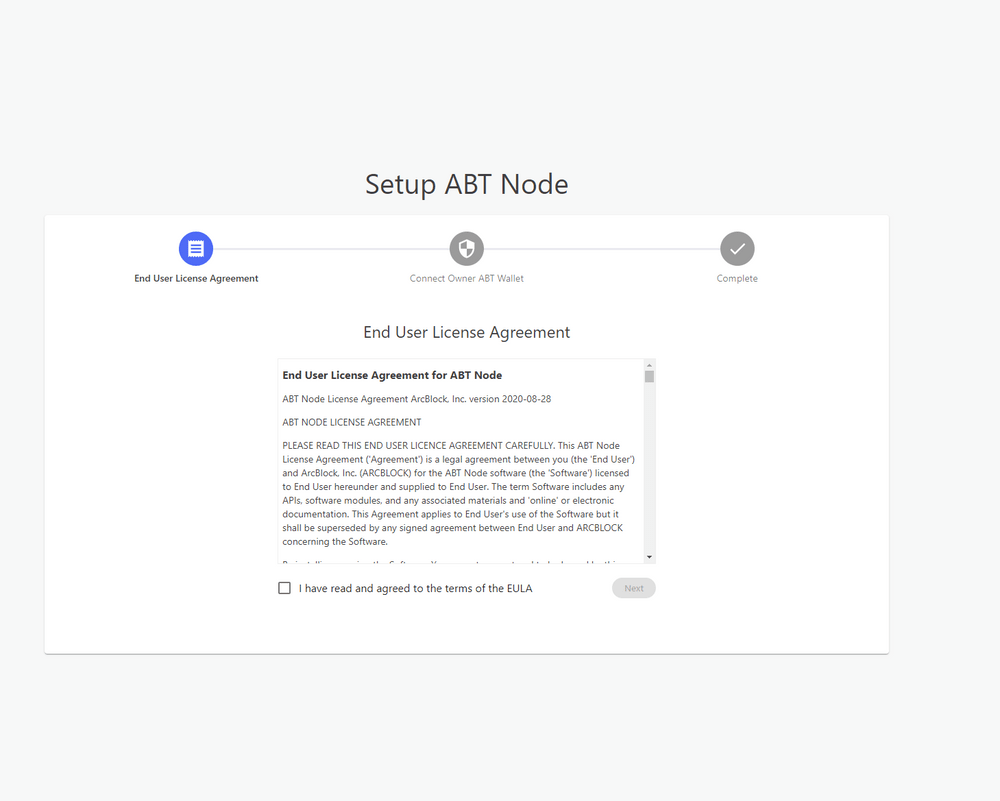 Next, scan the generated QRCode using your ArcBlock ABT Wallet. It will authorize access to the ABT Node from your wallet. 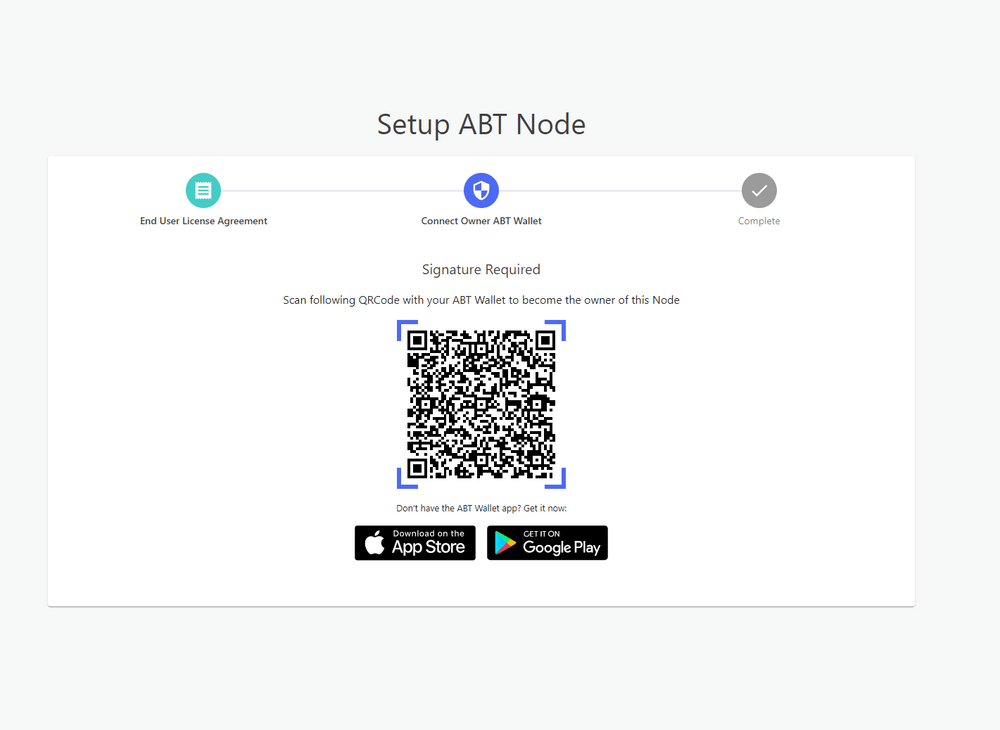 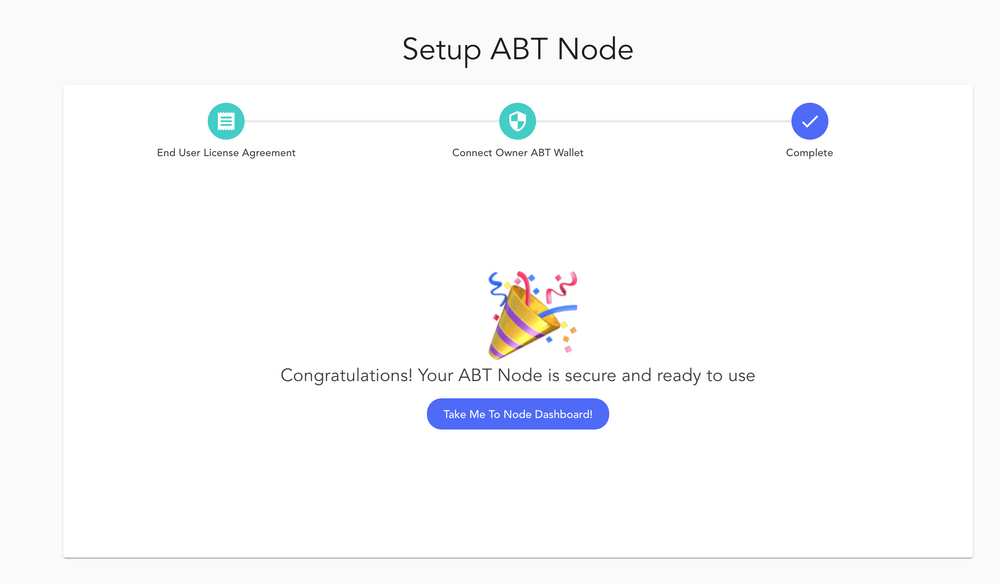